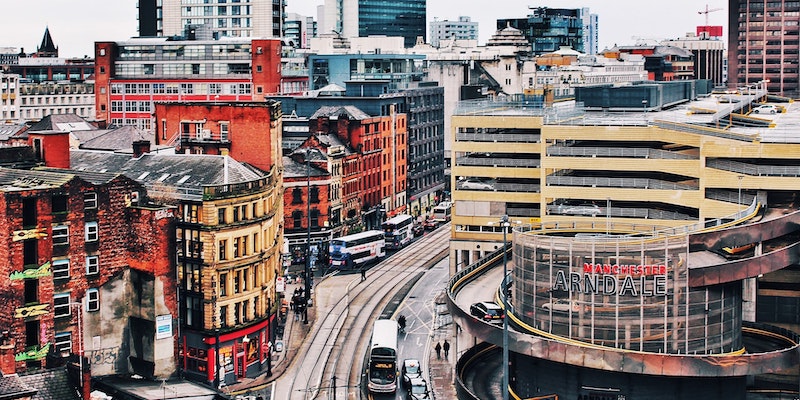 Manchester is the UK’s leading regional city and was voted as Britain’s best city to invest in outside of London for business. Banking giant HSBC ranked Manchester as the No.1 place for property investment due to its exceptional transport links and business hub.

The Greater Manchester region has taken the top spot worldwide thanks to secure rental returns and the potential for capital growth, capturing the attention of investors from the UK, Dubai, Hong Kong and other major territories.

The rise of Manchester’s private rental sector is down to supply and demand. Residents in the region are searching for high quality properties to rent, but there are simply not enough properties on the market. By 2021, it’s predicted Manchester will only reach 25% of its annual demand for property, meaning 75% of residents will struggle to find a suitable place to live.

We have detailed the key reasons why you should invest in Manchester property in this article.

How Much Potential is There for Manchester Property? 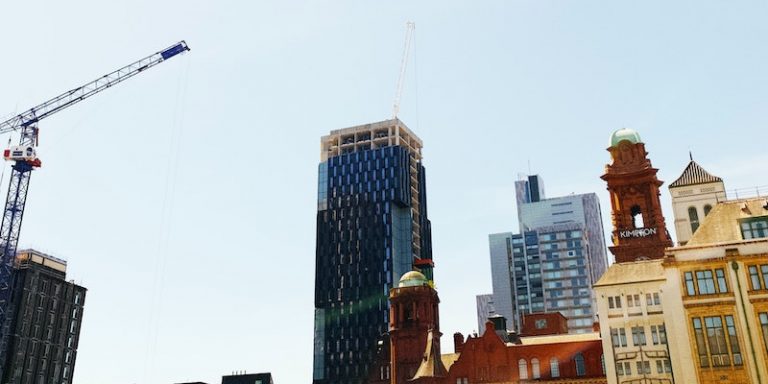 Manchester is popular with students and young professionals from across the UK and the world. It has a strong economy worth £62.8 billion and a job market that rivals leading European capitals. As such, the city sees a huge influx of residents every year. The student population alone has reached over 100,000, and 70% of graduates decide to stay in Manchester once they have finished their course due to the greater number of job opportunities.

However, despite 27 residential developments being completed in 2019 and a further 47 expected to be completed by the end of this year, there still isn’t enough property on the market to satisfy the ever-growing demand.

As it stands, Manchester’s population is expected to increase by a further 75,000 people by 2026, which is a rate three times higher than the national average. According to the City Council, the centre is already home to 700,000 residents, and they are predicting the population to rise by 5000 residents every year by 2025.

To accommodate everyone, 55,000 new properties need to be constructed by 2027, but experts predict the city will fall short by a staggering 40,600 properties. This is creating a boom in the buy-to-let market, and many developments are selling out at the off-plan stage. All this activity also means projected rental price growth is expected to reach 16.5% between 2019 and 2023.

Why is Manchester so Popular Among Investors? 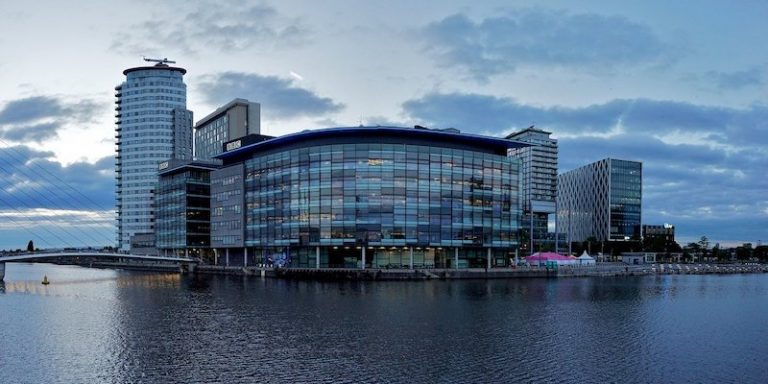 Manchester is a city that thrives in a modern world. 85% of the FTSE 100 businesses have a presence in the city including:

This has led to Manchester being recognised as one of Europe’s leading business destinations across a wide range of industries. It is the most successful city for attracting FDR (Foreign Direct Investment) outside of London, and Manchester is the second most popular destination for professionals looking to leave the UK capital, just behind New York in the US.

The city holds a particular appeal to the younger generation in terms of the job market. To date, Manchester has one of the youngest populations in the UK with 24.5% of its population aged between 20 and 29.

With such a young and ambitious population, countless dynamic companies have made Manchester their home. Thanks to its thriving business market, Manchester is competing on the world stage in sectors such as:

Business aside, Manchester has gained global recognition thanks to its one-of-a-kind music scene and sporting prowess. Home-grown bands such as Oasis and The Stone Roses have performed their hits in countless countries, and football fans from across the world instantly recognise the iconic Manchester United and Manchester City football clubs.

Whythenshawe’s very own WBC world heavyweight champion Tyson Fury has garnered critical acclaim worldwide for his showmanship in and out of the boxing ring. He put even more eyes on Manchester when he defeated the professional wrestler Braun Strowman at the WWE Crown Jewel event in Riyadh, Saudi Arabia in 2019.

What Returns are Investors Seeing From Manchester Property Investments? 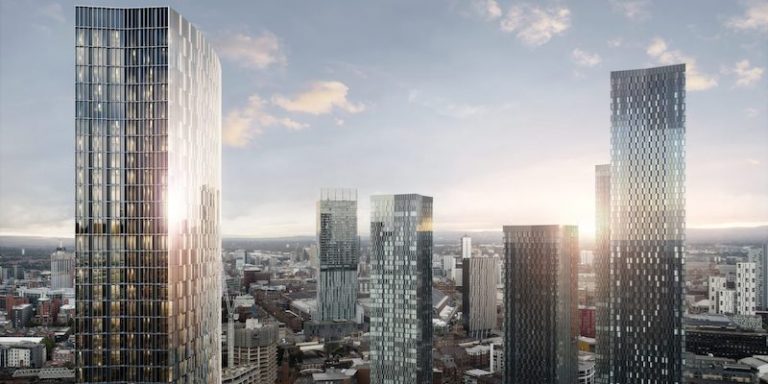 The average ROI for student property in the UK is 4.72%. In Manchester, the average return rises to 5.55%. However, it’s not uncommon for that figure to reach as high as 7.89% in the most desirable parts of the city.

The residential sector also sees average yields of 5.55%, with these figures expected to rise in the upcoming years. It is not uncommon to source higher rental returns, if you know where in the city to look. We have access to multiple developments across Manchester which are predicted to bring in returns in excess of 7%. You can find more information on these projects by clicking the links below:

In terms of capital growth, leading property experts Savills have predicted all regions in the North West of England will benefit from a rise in value over the next five years. In particular, Manchester was singled out as having the most to offer investors, who should expect the capital growth of their Manchester-based properties to rise by an average 24.1% by 2024.

The UK property market has a lot to offer investors, and Manchester is one of the highest performing areas in the country with plenty of potential for further growth.

Financially, the city has one of the strongest rates of return in the UK. Investors can get involved with attractive payment terms at the off plan stage, which can in many cases result in unprecedented levels of growth and a high ROI.

When you consider the ever-growing population, the levels of job creation and the high demand for quality accommodation at an affordable price, the Manchester property market makes an ideal location for property investors.

At Renaissance Investments, we offer you a bespoke service that makes investing in Manchester easy. To learn more about our services and the opportunities we have available, contact a member of our team.

For more information on investing in this dynamic city, don’t forget to take a look at our detailed  Manchester Investment guide .

Is Buy to Let a Good Investment?